The Secret to Getting Great College Scholarships: Part One 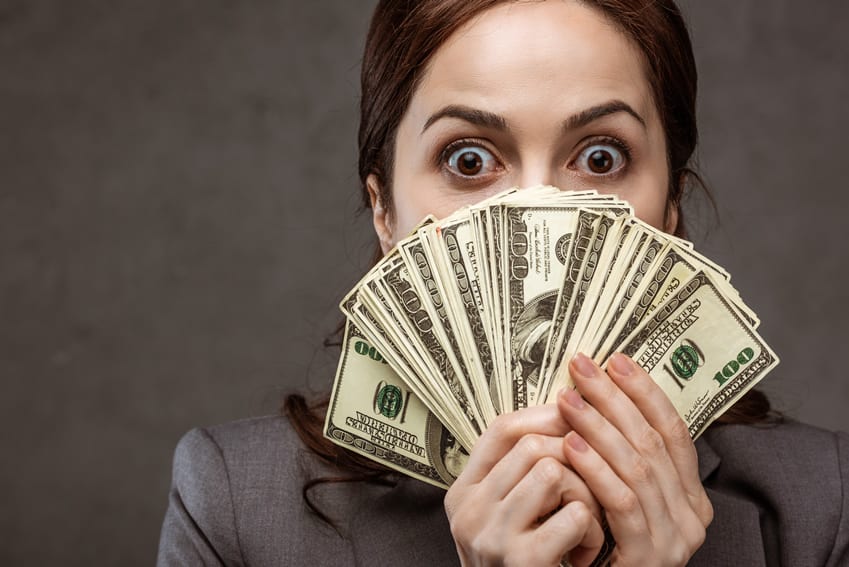 Are you like most parents I know, looking for scholarships in all the wrong places? In this blog I am going to reveal to you an ocean of scholarships right there for the taking.

Imagine an ocean of scholarships in the colleges themselves.The time when you’re going to get the most from a college is going into your freshman year. The other possible time, although it is a smaller amount, is when you transfer as a junior, because some students in every college leave after their sophomore year and money becomes available.

Now, imagine a puddle for all scholarships that you don’t get from colleges and universities upon college entrance.

These are called ‘outside’ scholarships because they are outside the college or university itself.

I am going to address this puddle of ‘outside’ scholarships first because I don’t want you to waste much time on it.

I’ve been doing this for 18 years. Before the Internet, we used Petersen’s Scholarship book and other books on scholarships but because it took so long to publish them,they were always out of date. Then the Internet came and websites like www.fastweb.com did a wonderful, up to date job culling through all the outside scholarships available in any one year. However, Fastweb doesn’t help anybody get them.

These are outside, national scholarships. And at least 2 million kids apply for them every year; consequently, they are extraordinarily competitive to get.

In fact, in all my years as a college coach, I have not known one student to get “The Got Milk” scholarship, or the “USA Scholar-Athlete” scholarship or the Coca Cola Scholarship, etc. On the other hand, I have helped my students over the years receive millions in inside the college scholarships (Merit Money or Merit Scholarships).

One student I know got the Tylenol scholarship for $10,000. Her parents were very excited because their EFC was $10,000 a year and they could pay for the first year with the scholarship! What an amazing daughter they had! However, when school started they got a bill for $10,000. When they called Stanford’s Financial Aid Office, they were told that Stanford always uses outside scholarships to substitute for grants or free money they have given. They never allow outside scholarships to go for the parent’s EFC or any other personal student expense.

Besides being very difficult to get because of the sheer numbers of people applying, outside scholarships often work against your financial aid!

Many college and universities use them, like Stanford, to replace grants in their financial package. Very few allow you to use them any way you want, for instance, paying your EFC, replacing college loans, or traveling and other college expenses. If the outside scholarship is paid directly to the college, the financial aid will be used by the college as it sees fit. In fact, some colleges ask you on their supplemental financial aid form the amount received from any outside scholarships because they are planning to reduce your financial aid package accordingly.

Unfair? Perhaps, but, remember, the financial aid system is a rationing system and college and universities like to fiddle with outside scholarships to make their money and the fed’s money go further.

Consequently, even though you might be tempted by the email, letters, advertisements online to do so, never pay money for an scholarship search online. First of all, Fastweb and other good services do it for free and, second of all, ultimately, it is a waste of time for the vast majority of students.

Why? Because there is only a puddle of outside scholarships and that puddle is on your local high school bulletin board or career center for free. I help students all the time get local scholarships with their already written college essays and because they are advertised at your high school and are your local rotary, gas company, women’s club, etc. they are much less competitive and easier to get. My students get local scholarships every year because we apply for as many as are offered, at the high school career center or the counseling office.

4. Focus on Merit $$ Inside the Colleges Themselves

Because there is an ocean of merit scholarships available in over 3000 colleges and less students apply or are eligible for them, they are much easier to get than the elusive National Outside Scholarships on Fastweb and the like.

How Merit $$ Started and What It Reveals

Merit scholarships were started about 40 years ago to bring in really good students and to raise the level of the school.

USC is a great example. When I first started College Quest in 1993, USC took about a 3.3 to get in, it had a strong legacy (meaning it favored the children and siblings of alumni), and it didn’t have as much diversity as it does now. It always had an excellent endowment.

Tip: Like very popular schools, USC had a very powerful alumni association who gave generously to their alma mater. If you have over 60% of the alumni giving money to the school, you know that college has lots of stability and scholarship money.

Then in the mid 90’s, USC got a new proactive President and started giving out literally hundreds of scholarships, drawing in remarkable Hispanic, African American, women, students who had high GPA in rigorous classes and very high test scores. Every year the GPA went up for each new Freshman class. Today it takes a 3.8-4.0 to even attempt to get into USC (with 2000 or higher SATs) plus an interesting story on your essays and short answer questions about your initiative, talent and/or generosity.

USC is now a top school in California, right up there with CAL and UCLA. One of the key reasons is because it brought in so many good students with merit scholarships, and like yeast, they have lifted the entire reputation of the school.

One of my favorite stories about USC is about my student, Amatia, whose dream was to get into Northwestern, an ivy league level college that offers no Merit Scholarships. She worked with me and got into Northwestern and, even though her Dad was a doctor and it seemed like he had money, he certainly did not have enough for Northwestern ($57,108). They had another daughter coming up and they realized they couldn’t afford to send Amatia to Northwestern.

Fortunately, Amatia had not applied Early Decision to Northwestern (which would have meant that she put all her eggs in one basket and had to accept whatever money Northwestern gave her), and among other fine schools, she had applied to USC. USC gave her a 50% discount on her tuition (a lovely deal which means that no matter how much tuition goes up each year, you still get 50% off of any price) and room and board for all four years.

Amatia not only received merit money, but she was also able to get out in three years because USC had a strong summer component in her major. Most scholarships, however, do not cover the summer. However, Amatia had maintained excellent grades at USC, and when she went to financial aid office, she used her good grades as leverage. USC paid for her summer school and, consequently, she was able to get out in 3 years, debt free.

On the other hand, I had a wonderful student named Edwardo, from Puerto Rico, who could have gotten into any number of great schools because of his grades and his impact on his high school but he chose to go to CAL (UC Berkeley); however, CAL did not pay for any summer school or room and board. So every June, Edwardo had to pack up all his things and desperately find a place to live and a job to do because he couldn’t afford to return to PR for the summer. It took Edwardo five years to get through CAL and he ended up with an enormous amount of debt that he still has not paid off, years later.

I tell Edwardo and Amatia’s story to remind you that there are huge differences in the 3000+ private colleges and universities that bring students in via merit money and the public universities and elite ivy league level schools that do not (more on that in my next blog).

I honestly believe that if you want to truly be able pay for college you have to look at colleges with your eyes wide open,looking nation wide, and not just focusing on the 5 to 10 schools that everyone wants to get into in your home state or on the East and West coasts.

5. The Money is in the Details

The difference between Need and Non Need grants and scholarships–is simply that you don’t have to worry about your AGI (Adjust Gross Income) or your EFC in getting merit money or Non Need scholarships. Everyone is eligible for them, either when you apply to the college OR from applying via a separate scholarship application.

Tip: Be meticulous about where the money is in the college. Check out your child’s college application and the website carefully. Many colleges make all students eligible for merit scholarships from their college application alone, others require a separate scholarship application. In addition, many colleges make you apply for the FAFSA for Non Need (merit $$) whether or not you have financial Need. Remember: The Money is in the Details! So be sure and carefully check everything.

Stay tuned for blog # 6 “The Secret of Getting Great College Scholarships–Part Two” which is goes into HOW to get scholarships and WHERE to find them. Check out my website at www.college-quest.com. Leave a comment for me on this blog. Or, ask me a question by email. I can’t promise I will answer every one but I will carefully read them because you are teaching me where you need my support and expertise. Thanks for listening!